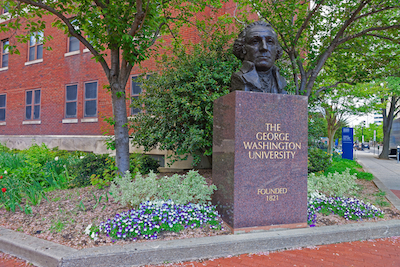 Thirty miles northwest of Washington, D.C., Ashburn homes provide a suburban community for people who commute to the nation’s capital where many are employed. Originally the area was known as Farmwell which is what George Lee III called the plantation he inherited from his father. In 1841, part of this plantation was purchased by John Janney who almost became Vice President of the United States at one point, and he called his summer home there Ashburn Farm. The area has a rich history, like so many of the communities in this part of the country, and two pieces of Ashburn real estate, known as the Belmont Manor House and Janelia, are listed in the National Register of Historic Places. The community is proud of its rich heritage and the strong sense of history that it shares with all who live in the region.

Sitting in what is known as the Dulles Technology Corridor, Ashburn is home to a variety of high-tech businesses and other large corporations. Large employers like Verizon Business and Airbus Group, Inc. keep unemployment in the community to a minimum, and both George Washington University and Strayer University have campuses in the city as well. Howard Hughes Medical Institute’s Janelia Research Campus has made Ashburn its home, and the city is also famous as the home of the Washington Redskins NFL team in Redskins Park. With such a wide variety of different employers in the area, the local economy is thriving and residents are reaping its many benefits.

However, people who live in Ashburn homes appreciate the area not only for its low crime and strong economy, but also for both its educational and recreational opportunities. The Loudoun County Public School District and the areas well-loved private schools offer students the opportunity to grow and learn in some of the best schools in the country, and the many parks in the city provide places for residents to enjoy the outdoors in the beauty of the local countryside. Trailside Park, with its 20 beautiful acres, and Ashburn Park, with its 16 acres and three age appropriate playground facilities, are only two of the many recreational parks in the community. The local pools, golf courses, and even the Ashburn Ice House with its two NHL regulation ice-rinks, all offer places for residents to gather and enjoy their leisure time together. This community knows how to provide everything people need to flourish privately and professionally.

To learn more about the area, visit Ashburn, Virginia and discover all the amazing things this community has to offer!

BEAUTIFUL Camberley Homes Milburn model located in the heart of the desirable Grant at Willowsford! Boasting over 7600 finished square feet on a .86-acre flat lot, the po...

This home is being sold "as is". This is a corner unit and has a ton of natural light. The HVAC and Water heater are new. The condo and HOA fee include Comcast hi-s...