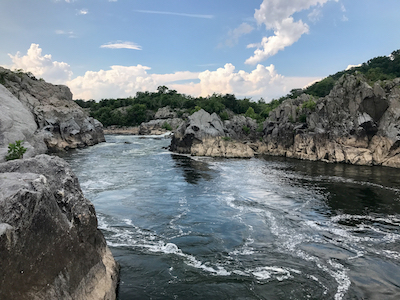 Sitting 17 miles west of Washington, D.C., Fairfax homes are proud of the rich heritage of their city. It officially received its current name in 1859, though the area’s history can be traced back all the way to the early 18th century. The oldest building in the city is the Old Fairfax County Courthouse which changed hands repeatedly during the Civil War, and the first officer casualty of the war actually occurred on its grounds. Being surrounded by such deep history, it’s no surprise that so many Fairfax real estate buildings are on the National Register of Historic Places. Through the years the community has kept in touch with this history and yet also grown and developed to meet the needs of the present day. In 2009, it was rated number 3 by Forbes Magazine’s “Top 25 Places to Live Well”, where it was commended for its high median salaries and strong public school system, as well as the fact that its rate of sole proprietors per capita puts it in the top 1 percent of the nation.

The top employers in Fairfax, like the Inova Health System and G4S Secure Solutions, are proud to employ so many local residents, allowing them to work and live in the same community. However, many people also commute to Washington where they find employment in the nation’s capital. Wherever they work, those who live in the area are able to take advantage of some of the finest educational opportunities in the state. In fact, Virginia’s largest public education institution is George Mason University which sits along Fairfax’s southern border. With a dedication to economic stability and strong schools, the city has made itself a wonderful place to live, and it is easy to see why it received such a high ranking by Forbes in 2009. Since then, it has continued to grow and provide a wide variety of opportunities to its residents.

People who live in Fairfax homes appreciate their ability to work and play within their own community. Aside from the local parks and recreational facilities that are common to all the city’s in the area, the community also hosts several annual events that are not only popular with residents, but they draw people from all over the region as well. For instance, in September they have the festival of Irish and Celtic song, music and dance, and on the third Saturday and Sunday every November they have the Holiday Craft Show. The Chocolate Lovers Festival and the Festival of Lights and Carols are also well loved events that bring a sense of community to the area and encourage the sense of community for both residents and visitors.

To learn more about this beautiful and historic city, visit its website at City of Fairfax, Virginia.

This Gem with an outstanding curb-appeal is located in a cul de sac .Interior recently painted and exterior new siding. , ceramic tile flooring throughout .Upgraded Kitc...

Welcome to your own private retreat! Imagine vacationing in your own backyard! Experience the serenity of the country just minutes to Burke Centre and Clifton. You won’t ...

Endless possibilities! Original builder's home on a premium .60 acre corner lot in Fairfax City conveniently located just blocks away from the I-66 and Route 123 interc...